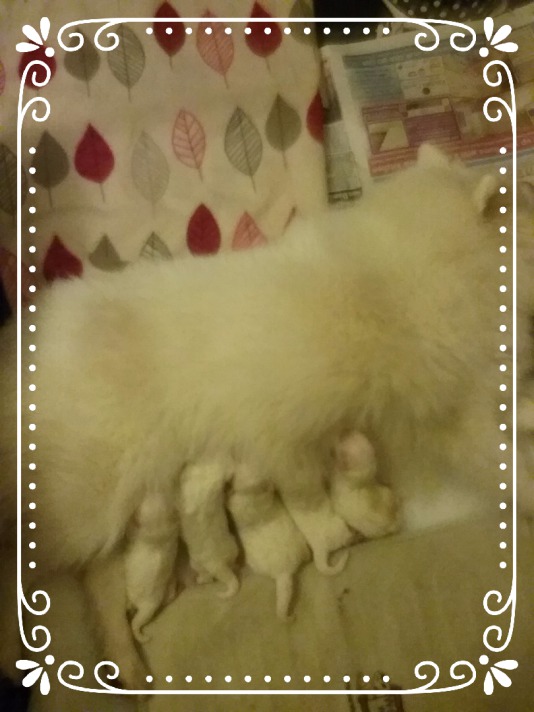 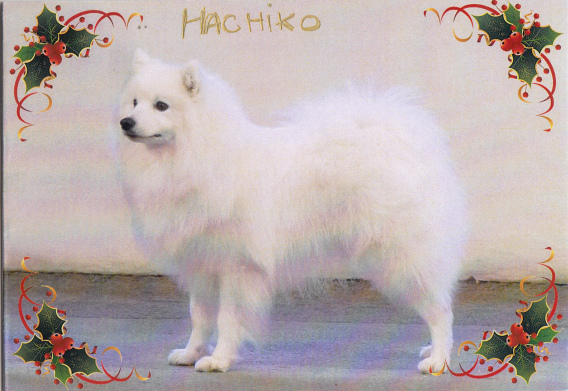 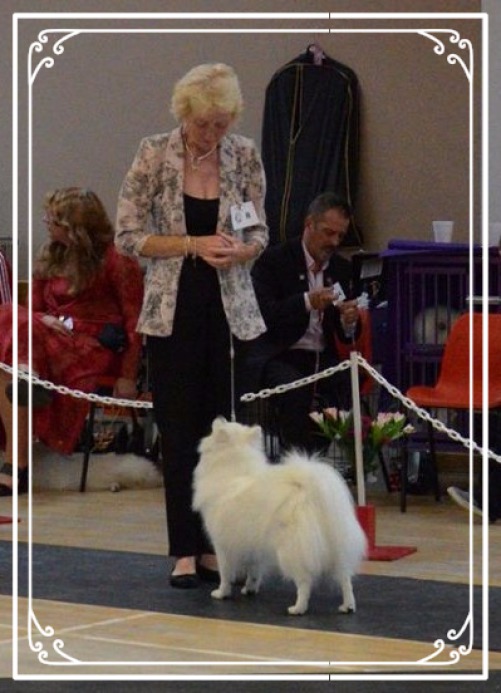 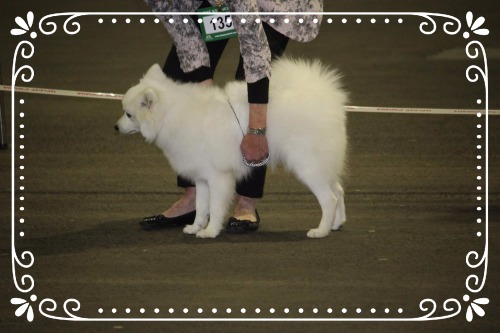 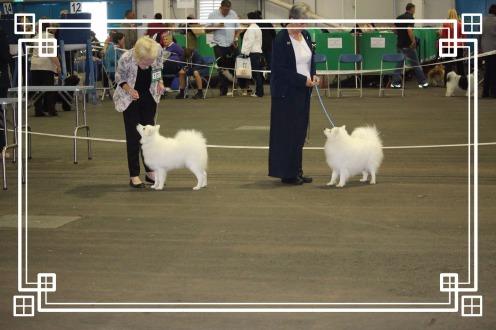 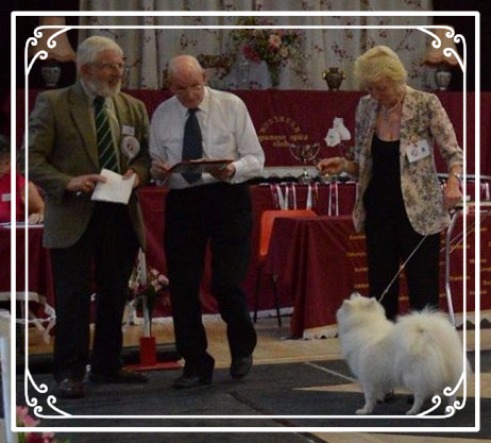 The critical eyes of judging!

"Hachiko" made it again at the,Driffield Agricultural Society 2016

This report send by Penny Bambridge on August 22nd, 2016 via facebook! 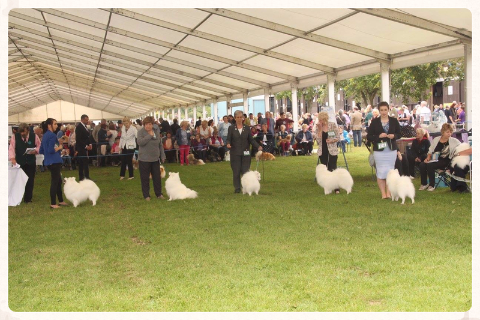 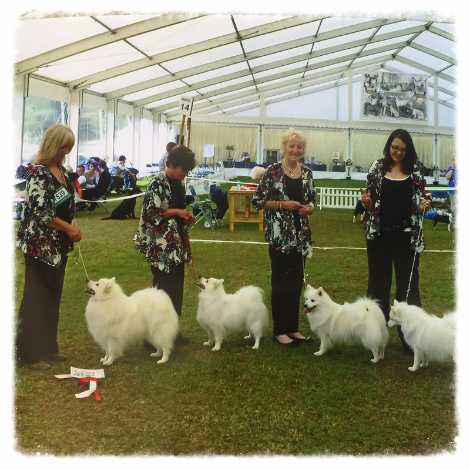 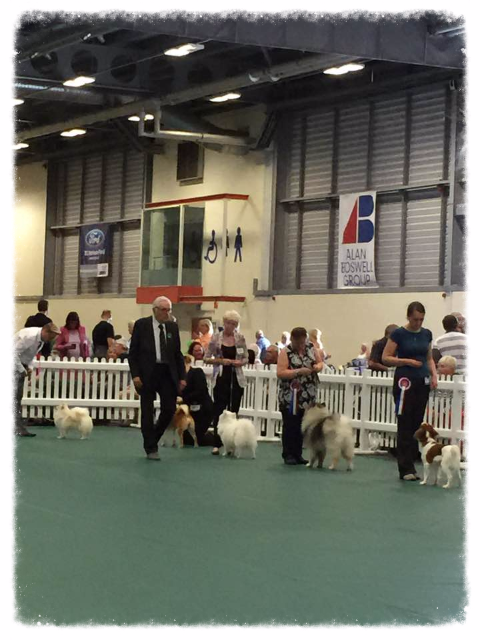 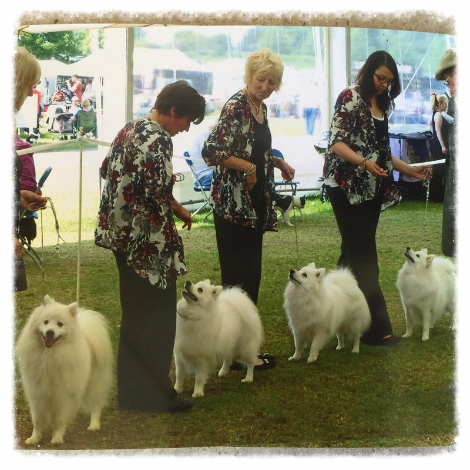 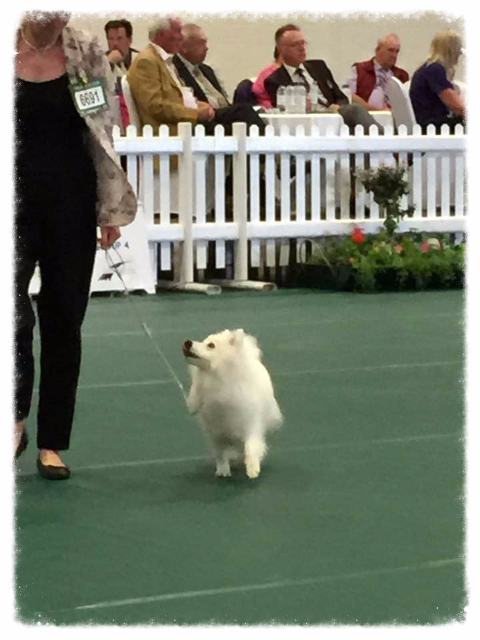 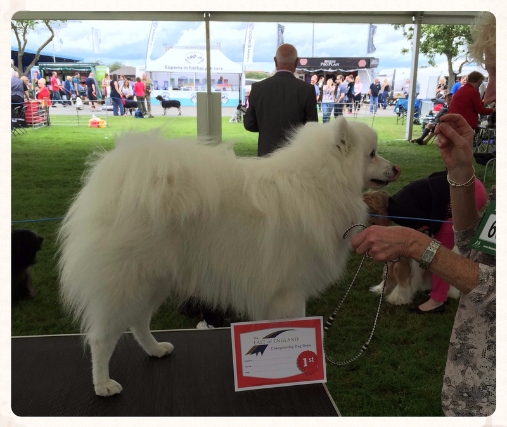 "Hachiko" and  Penny, second from the right! 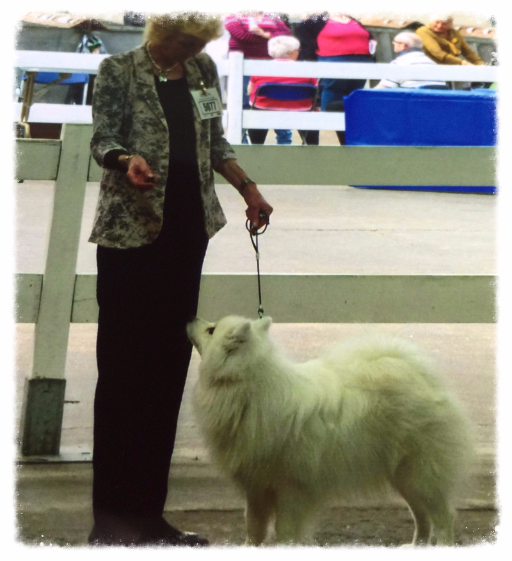 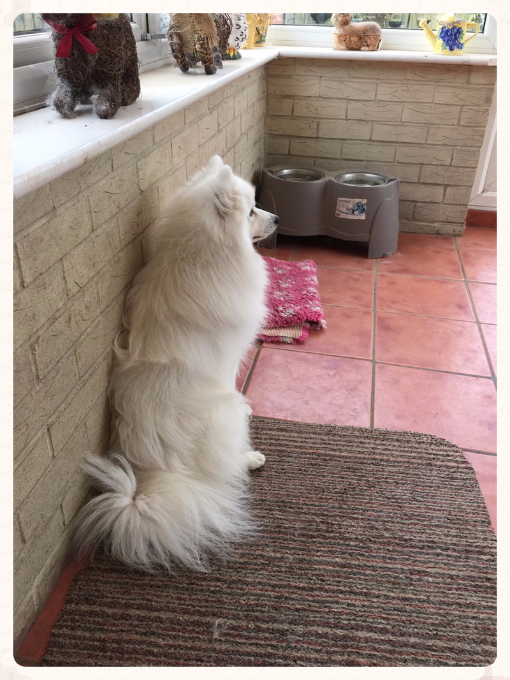 "Hachiko" is watching birds outside!

"Hachiko of white Stars shine" 2nd from the right!

What a brilliant day we had at Birmingham national championship show Hachiko of white stars shine got 1st in junior dog and Kessaku Raspberry Tart got 1st in limit and went on to get RBCC I am one very proud mummy also congratulations to all the winners and the.especially the Best of Breed

"Hachiko" made it again, 1st place at the dog show of the 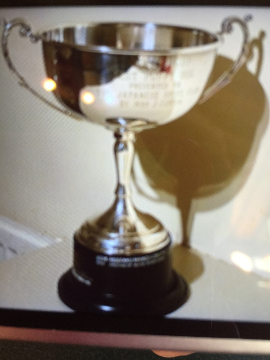 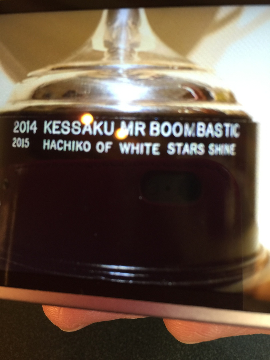 "Hachiko" attendet on th 8th of november 2015 another Dog-Show in Richmond UK and made it again 1st Place!

What he won on Sunday at the Japanese Spitz club Richmond championship show! 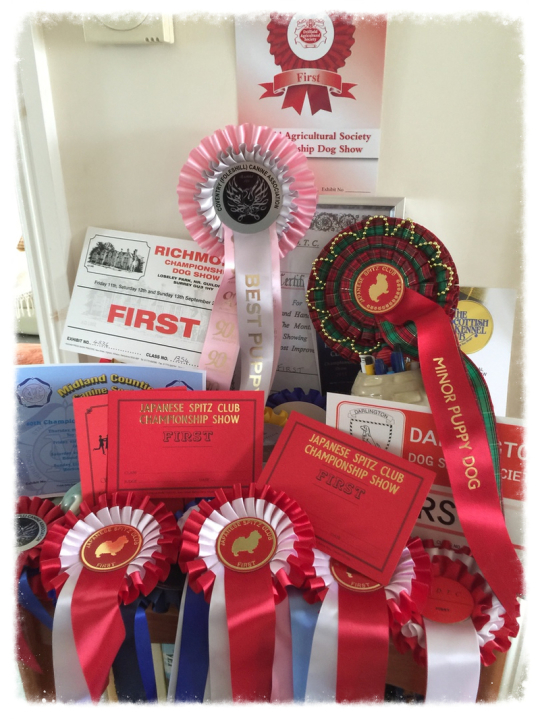 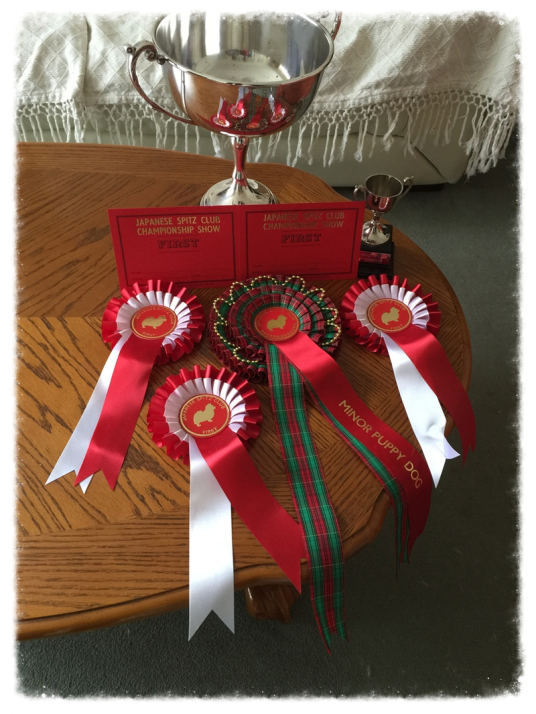 So far at the age of 9 months old what a clever boy he is and very much loved !! 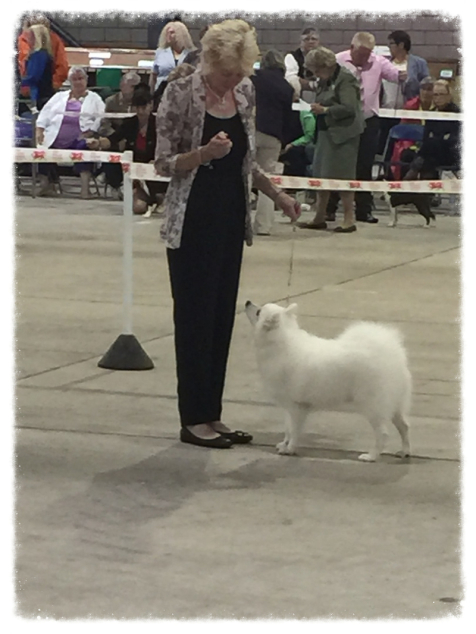 Here now the result and judgemend from the judge: Mr. J. Daltrey

2. HACHIKO OF WHITE STARS SHINE, I preferred the head shape and balance of this youngster, but not quite so straight in front at this stage and not the firmness in croup. Moved OK. 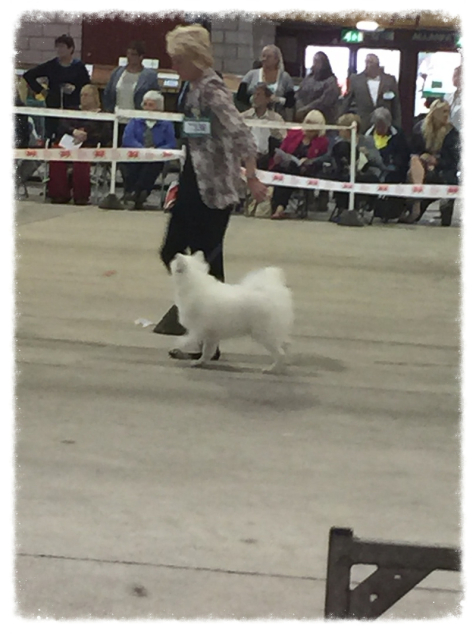 "Hachiko", almost eight months old has won all these ribbon, rosettes and awards. 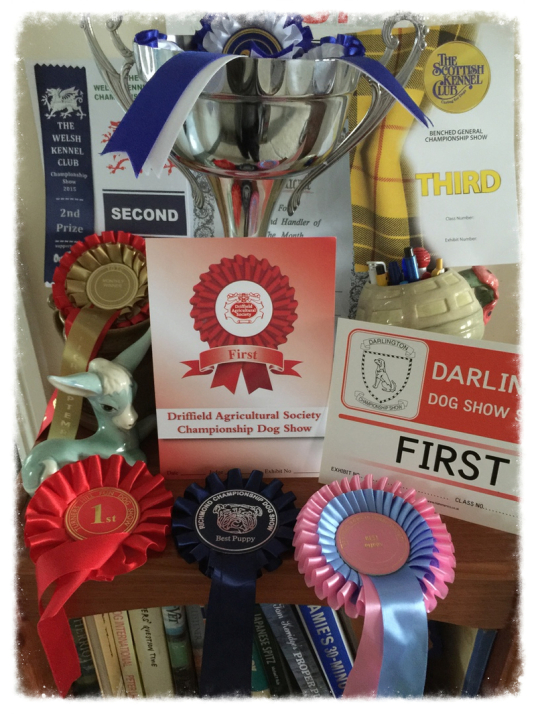 Hachiko almost eight month old has won all this ribbon and trophies! 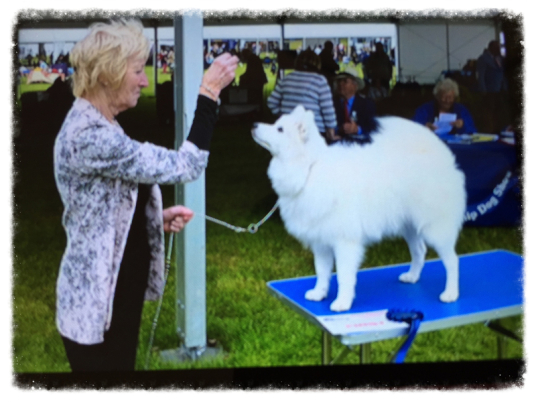 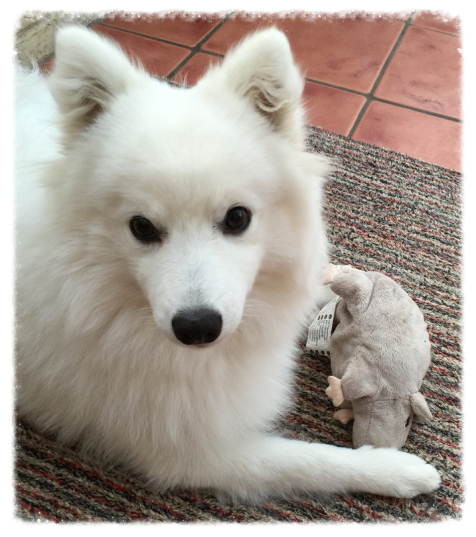 He came first at ringcraft class last night for being the dog witch had improved the most, I am very proud of him! 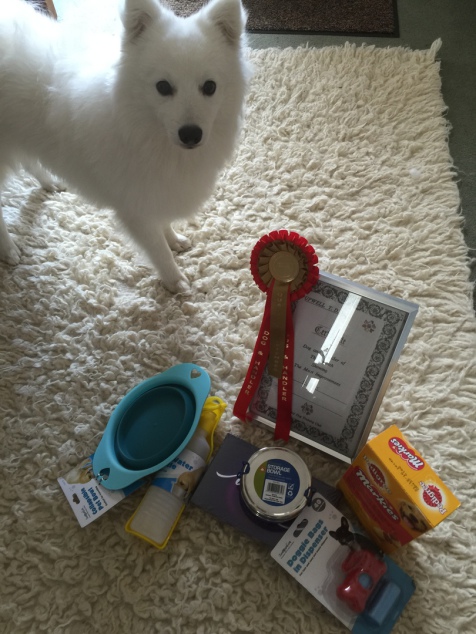 He came first at ringcraft class last night for being the dog witch had improved the most I am very proud of him!

PD (1) 1 Bambridge's Hachiko of White Stars Shine. Best Puppy. Standing alone but likely to be high in any puppy line up. Very promising puppy of just 6 months, showing with confidence and style. A lovely example of the breed with a lovely head, excellent tail carriage and set. 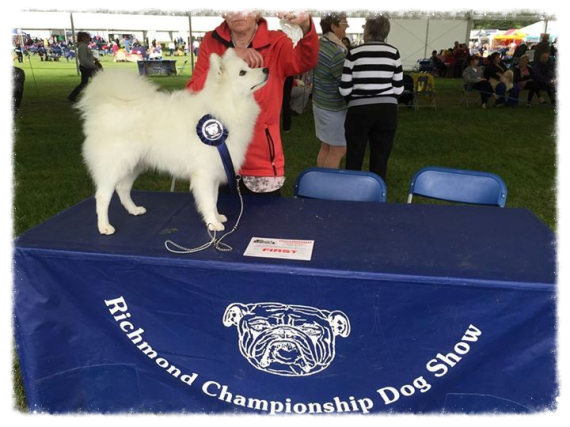 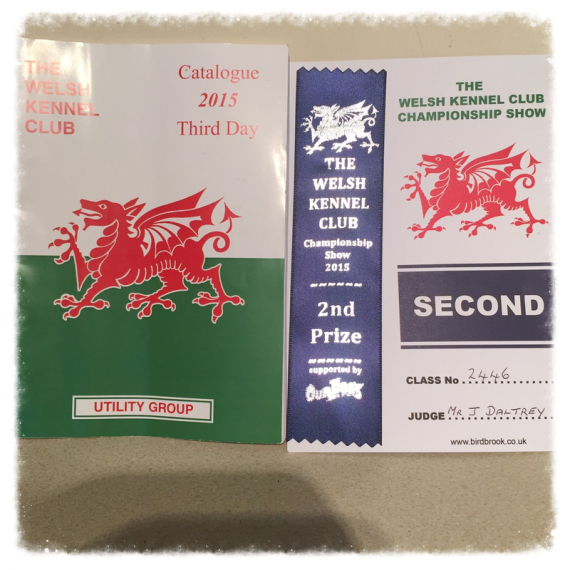 After many hours of making phone calls and writing e-mails to a proposed buyer in Switzerland, finally they backed up. After placing some pictures, and information about "Hachiko" at facebook, we received the message from an breeder in England, the plans and schedule where made, the new owner came with there car on a ferry boot from England to the Netherland and continued driving with there car to us, to pick up "Hachiko", now he is very fine and enjoing the life in England. The owner and ourself are very happy! 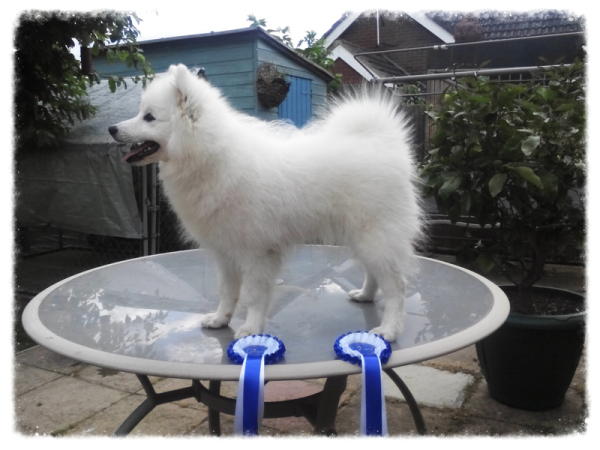 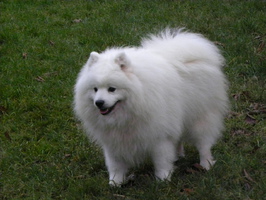 A movie with Japanese Spitzes you can find under: Movies! 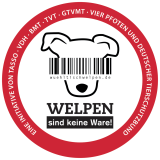